There’s something exciting about getting another stamp on your passport. I don’t know about you, but even if I don’t know what I’m getting myself into, I still get this internal happy dance because I know I’m about to experience something unique, something adventurous, something new. My singular hour in Vaduz, Liechtenstein wasn’t planned, but part of the joy of traveling is being spontaneous, something which typically isn’t my style at all. I’m a planner, but if someone says I’m less than 2 hours away from Vaduz, I’m going to Vaduz. And so I did.

Liechtenstein is small, less than 62 square miles. Rhode Island, the smallest U.S. state, is 20 times bigger that Lichtenstein. It’s a landlocked country, stuck between Switzerland and Austria, but it is the wealthiest country in the world per capita and is a global financial center. Vaduz is the country’s capital, and the home of the current reigning monarch, Prince Hans-Adam II. The Prince is actually the richest monarch in all of Europe with a personal fortune of $4 billion, and in 2003, a referendum passed which expanded the monarch’s powers and now allows him to dismiss the government, nominate judges, and veto laws. 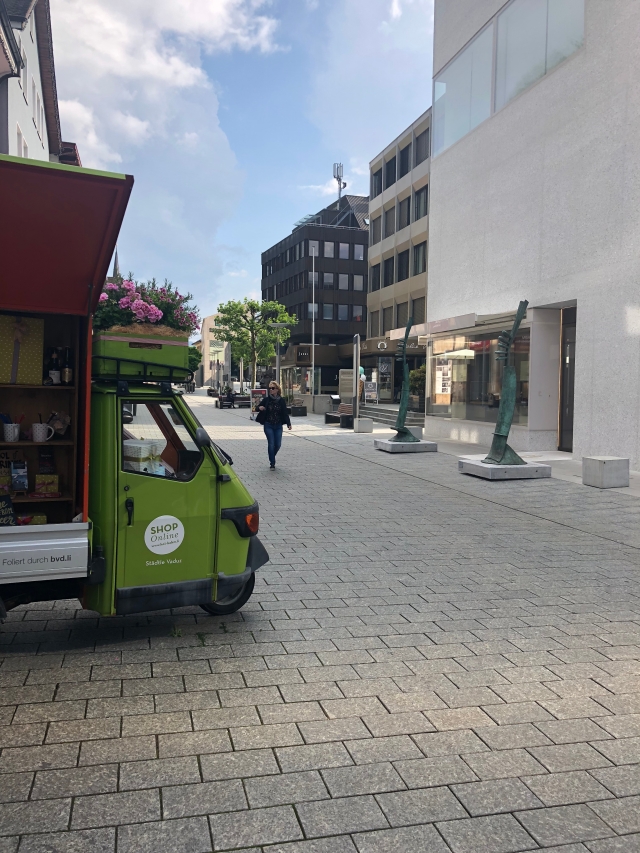 The Prince and his family live in Vaduz Castle, which was built in the 12th century. It sits on a hillside high above the city, and is the first thing you notice when you near Vaduz. It won’t take you very long to explore the entire city, but in addition to the Vaduz Castle, sites to visit include the Liechtenstein Museum of Fine Arts (Kunstmuseum Liechtenstein), the Vaduz Cathedral (Cathedral of St. Florin), the Old Rhine Bridge, and the main city center (Das Städtle). In the city center, you will find cafes, restaurants, and plenty of shopping. Pro Tip: Liechtenstein is part of the Schengen Area but not a part of the European Union, this means that the borders are open, but they use the Swiss franc, not the euro!

What Vaduz lacks in size, it makes up for in charm. Liechtenstein may not make the top of your travel bucket list, but it is a wonderful place to stop and take the time to explore a new country (and get your newest passport stamp!) Pro Tip: If you’re a country-counter and want to get a souvenir passport stamp, visit the Liechtenstein Tourist Information Center in Vaduz and get it stamped for 3 euro.

If you’re traveling through Europe and find yourself in one of Liechtenstein’s border countries, a quick visit to Vaduz is well worth your time! Have you been to Liechtenstein? If so, what was your favorite part of the micronation? Let us know in the comments!